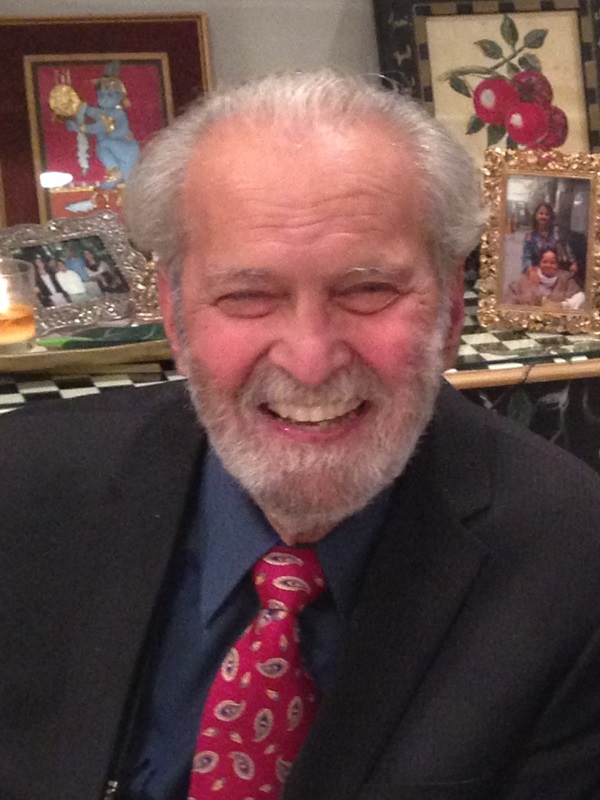 Ram Gidwani, 84, of Holland Township, NJ, passed away on Sunday, February 7, 2021 at the Hunterdon Medical Center in Raritan Township, NJ.

Ram was born in 1936 in Northern India. He completed his Bachelor's Degree in Pharmacy in India and then worked in Nigeria for a year. Ram came to the United States in the 1960’s and received his Master's Degree from St. John's University in Queens, New York. He earned his PhD in Biopharmaceutics from the University of Edmonton in Canada, and while in Canada, he met his beloved wife Sylvia.

Ram’s work brought him and his family back to the U.S., living in California, New York, Nebraska, Maine, and Maryland. He worked in research at the prestigious National Institute of Health in Bethesda, MD. Ram and Sylvia settled in Holland Township, NJ with their daughters in 1989. He worked in pharmaceutical research for Johnson & Johnson in Bridgewater, NJ, for many years. Prior to his retirement, he worked as a Freelance Pharmacy Consultant, specializing in CMC and FDA regulations. Ram liked to dance, and loved lively and happy music, mostly from the 1960's and 1970's. The Beatles were his favorite along with Sammy Davis, Jr., Dean Martin, Pat Boon, and Johnny Mathis. In his retirement, Ram became very interested in researching natural treatment for illnesses and enjoyed sharing that information with others.

Son of the late Nanikram and Mohini Gidwani, Ram is survived by his beloved wife of 47 years, Sylvia Gidwani, his two daughters Sonia Gidwani of Flemington, NJ and Sheila Begley and her husband Eric of Chicago, IL, his brother Mohan Gidwani of New Delhi, India, and his grandson Ronan. He was predeceased by his four brothers Ghanshyam, Chandru, Chaturbhuj, and Narayan Gidwani.

Memorial contributions may be made to the Alzheimer's Association, 400 Morris Ave., Suite 251, Denville, NJ 07324.

From: Gretchen Apgar
Sylvia, I am so sorry to hear of your loss. My sincere condolences to you and your family.

Dear Sylvia & girls, I was so sad to hear the news of Ram’s passing. He was a special person and I’m very happy to know that you & he met & had so many years together as a family & now with a grandson! This is a wonderful picture of him. Always refer to your fond memories as you continue on!

From: Roxanne Kharche
Dearest aunty Sylvia, Sonia, Sheila, Eric and Ronan, We are deeply sorry for your loss. Uncle Ram will be missed dearly. I have many memories with Uncle Ram that I will treasure. He had an amazing life with his family. May his soul rest in eternal peace. Love & best wishes, Roxanne, Sean ,Cyrus and Farrah.

From: Rani Vaswani
With great respect and love we remember our beloved Uncle Ram. We have such fond memories of him when he lived in New York. What a beautiful sole! Much love to Sylvia, Sonia & Sheila.