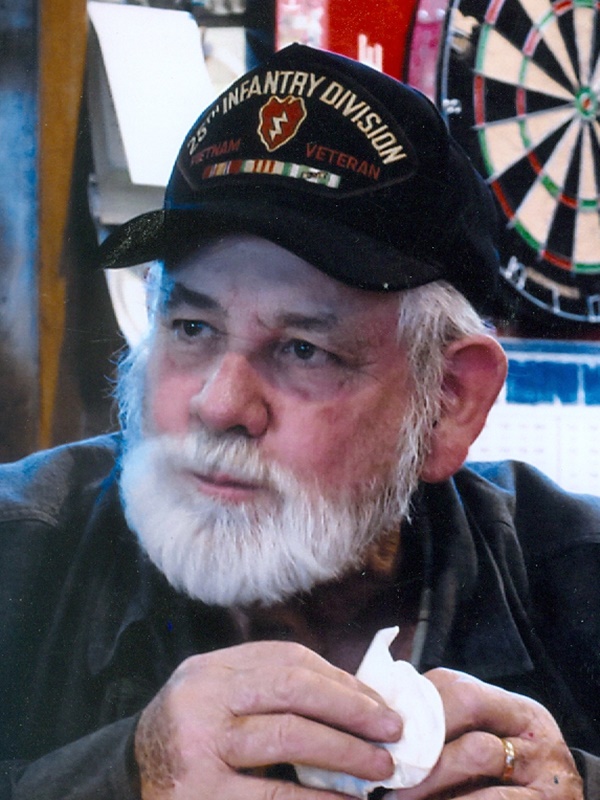 Born July 17, 1948 in Trenton, NJ, Bob grew up in Ewing, NJ and lived in Frenchtown, NJ for many years, before moving to Milford in 2014. He graduated from Ewing High School and also attended trade school. Bob served in the US Army and was a highly decorated veteran of the Vietnam War, earning two Purple Hearts and three Bronze Stars. He worked for Way’s Heating and Cooling Co. since 1971. Bob purchased the family business from his brother in 1999 and retired in 2009. He enjoyed working in his garage, tinkering, working on cars, and building things. Bob was an avid deer hunter and belonged to Mt. Top Hunting Club in Leroy Township, PA. Most of all, Bob was a family man and a loving husband and father. He was a member of the Vietnam Combat Veterans Coalition (VCVC), the American Legion Post 26 in Bordentown, NJ, and the VFW Post 5045 in Bordentown, NJ.

Son of the late Lawrence Francis and Elizabeth Joan (VanSickell) O’Rourke, Bob is survived by his beloved wife of forty years, JoAnn (Letwinch) O’Rourke, his son Robert John O’Rourke and his wife Sandee of Round Lake, IL, his brother Joseph O’Rourke of Scottsdale, AZ, and his sister Joan McMahon of Ewing, NJ. He was predeceased by his brother Lawrence O’Rourke, Jr. and Thomas O’Rourke.

A graveside service with military honors will be held on Wednesday, June 30, 2021 at 11:30 AM at the Washington Crossing National Cemetery in Newtown, PA. Arrangements are under the care of the Johnson-Walton Funeral Home, 24 Church Road, Milford, NJ.

Memorial contributions may be made to Wounded Warrior Battalion East at https://www.woundedwarrior.marines.mil/WWBn-E/ OR to St. Jude Children’s Research Hospital at https://www.stjude.org/donate/donate-to-st-jude.html?frequency_selected=2≻_icid=mem-lp-donate- bttn-top.

From: Melody and David Gano
So sorry to hear of Bob’s passing. Our thoughts and prayers go out to Joann and Bobby

From: Jay Trstensky
So sorry for the passing of Bob my thoughts go out for you and Bobby.

From: Pam Collins
My prayers are with you and the family. He can now play cards and tell old stories with all the others who have passed that enjoyed Mt. Top Hunting Camp.

From: Deb Hearty
Please accept my condolences...I am so sorry for your loss Joann and Bobby

From: Donna albright
Sorry for the loss of your husband, father, father in law and brother. He will be greatly missed. Your memories will hold him in your heart forever.

From: Sara and Dennis Heil
Very sorry to hear about Bob passing

From: 1SG (Ret) Lonnie Dotson
It was a pleasure to serve with you, Robert! You were a great soldier and our country is safer due to your service. I feel honored to know and serve with you....rest in peace brother and many of our friends are their waiting for you, God Bless