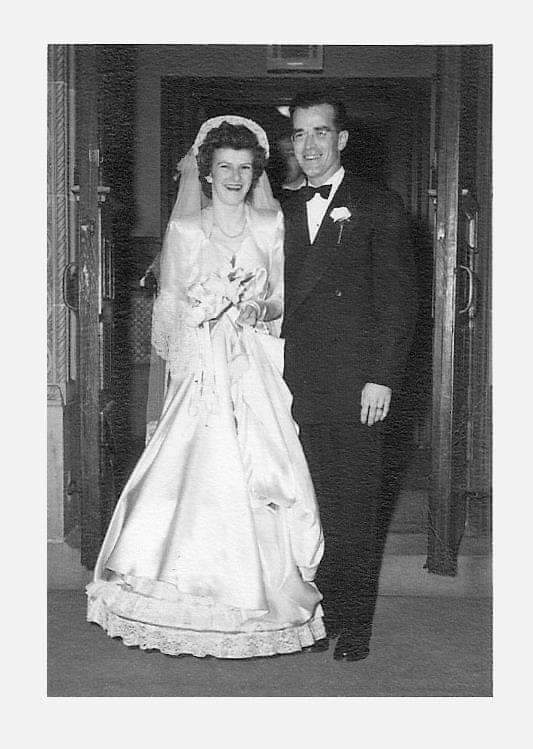 On September 16, 2021, Arleen MacGregor Farrell joined her husband, Vincent, siblings Howard, George, and Dorothy, and grandson, Ben, in Heaven. She was 90 years old.

Born in New York during the Great Depression, Arleen was no stranger to hardship, but she lived with love, generosity, faith, bravery, and humor. She watched her brothers go off to fight in World War II, got married at 19, raised seven feisty and stubborn children, wrangled countless critters determined to eat her garden on their farm in New Jersey, and lost her beloved husband when he was only 63 years old. She spent her golden years traveling the world, hosting her family at her home in Pennsylvania, and doing charity work through her Church. Arleen was an accomplished baker, and made beautiful and delicious wedding cakes, petit fours, cookies, and bread. She was particularly famous for her almond pound cake covered in fudge, which was so beloved by her family that it led to fun-filled cake feuds during get-togethers. She taught her grandchildren and great grandchildren how to bake, sew, garden, love, and laugh.

Her family takes comfort in the certainty that Arleen is now free of pain and undoubtedly regaling Vin, Howie, George, Dot, and Ben with tales of her travels and of the family they left behind. Until we meet again.

A Memorial Mass will be held on Thursday, September 23, 2021 at 10 AM at St. Edward the Confessor R.C. Church, 61 Mill Street, Milford, NJ. Interment will follow at the Milford Union Cemetery. Arrangements are under the care of the Johnson-Walton Funeral Home, 24 Church Road, Holland Township, NJ.

Memorial contributions may be made to Heifer International, 1 World Ave., Little Rock, AR 72202.