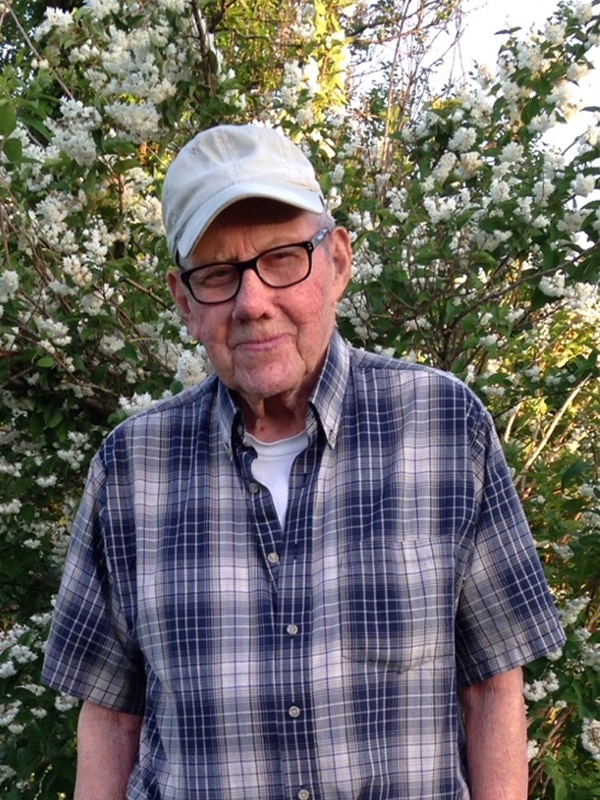 Edward was born on May 20, 1921 in Pasadena, CA, and lived in Scheffield, MA during his childhood. After high school, he enlisted in the U.S. Army in 1940 and was a veteran of both World War II and the Korean War. Edward served in the U.S. Army for 20 years, retiring as a Sergeant before moving to Holland Township, NJ in 1965. He later worked at The Riegel Paper Mill in Milford, NJ for 25 years, retiring in 1990. Edward was an avid baseball fan and enjoyed rooting for the Boston Red Sox and the New York Yankees. During his retirement he could be found most days listening to Polka music while relaxing outside with his radio. Edward enjoyed the outdoors, especially fishing. He took pleasure in going to local airports to watch the airplanes; Sky Manor in Alexandria Township, NJ was his favorite. In the summers he enjoyed going to Point Pleasant, NJ to eat at the Shrimp Box and watch the boats coming through the inlet, and having an ice cream cone at Jimmy’s in Holland Township, NJ. Most of all, Edward enjoyed spending time with his family, family meant everything to him. Edward was a former member of the St. Edward the Confessor R.C. Church in Milford, NJ and the American Legion Fidelity Post 113 in Frenchtown, NJ.

Son of the late Roy Burton and Bessie E. (Lorraine) Orcutt, Edward was predeceased by his wife Anne Marie and his brother Donald Orcutt. Edward is survived by his daughter Lorraine E. Steever and her husband Donald of Holland Township, NJ; his sister Dorothy Collari of Massachusetts; and his two grandchildren, Donald Steever and his wife Jennifer & great-grandson Brandon, and Janice Green and her husband Steve and & great-granddaughter Madison.

The family will receive relatives and friends for a visitation on Thursday, June 9, 2022 from 10-11 AM at the Johnson-Walton Funeral Home, 24 Church Road, Holland Township, NJ, followed by a Catholic Prayer Service 11 AM, with Father Kris Kaczynski officiating. Interment will follow at the Milford Union Cemetery in Milford, NJ.

Memorial contributions may be made to a charity of one’s choice.

From: Ellen (Orcutt) Bigwood
Condolences from your cousin.