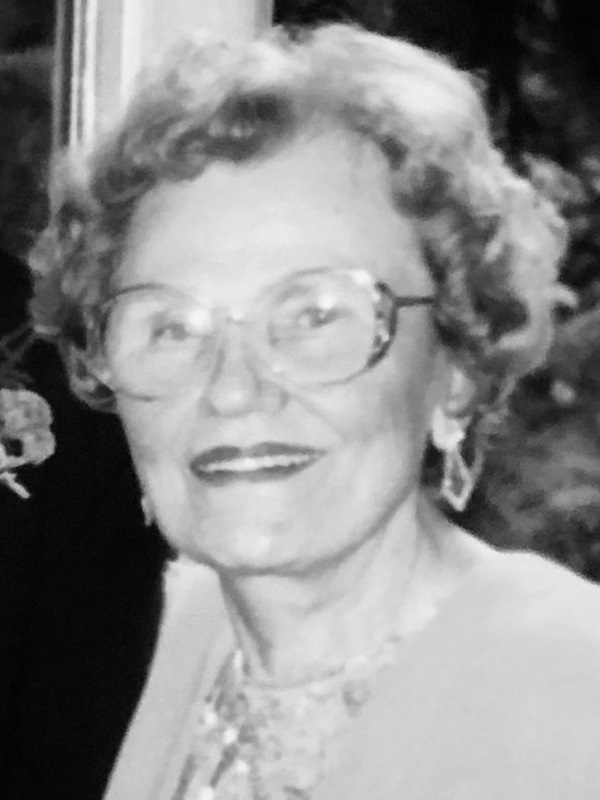 Anna Metenosky, 97, formerly of Holland Township, passed away on Sunday, April 26, 2020, at the Hunterdon Care Center in Raritan Township, NJ.

Born October 1, 1922 in Kuropatniki, Ukraine, Anna was the daughter of the late John and Olena Fedoryszyn, the third of five children. As Europe grew more hostile in the pre-WWII years, she was sent in 1937 at age fifteen to live in Jersey City, NJ with her Aunt and Uncle, the late Onufry and Mary Lipka. Traveling by ship, seasick and alone for over 2 weeks, she arrived in the U.S. unable to speak English and knowing no one. Treated as a daughter by the Lipka’s, she finished her education, helped with their family store and worked at a textile factory. In 1945 she met and married Harry Metenosky, then a Captain in the US Army Air Force. Together they raised 4 children and went on to own “Harry & Anne’s Grocery” in Jersey City for 20 years. In 1970 they moved to Bridgewater, NJ, before buying a farm and moving to Holland Township in 1977. Anna loved being a wife, mother and homemaker. She enjoyed cooking, baking, gardening, bee keeping, orcharding, canning and crocheting. She was also a devout Catholic and member of St. Edward The Confessor Church in Milford.

Anna is survived by her two daughters, Mary Jane Wronski of Bridgewater, NJ; and Carol Zaccardi and her husband Mike of Kearny, NJ; her two sons Harry M. Metenosky and his wife Linda of Missouri; and John Metenosky and his wife Jennie of Pittstown, NJ. She had 8 grandchildren, Christian Wronski, Michael Zaccardi, Brian Wronski, Adam Metenosky, Susan Ripley, Michael Metenosky, Amanda Metenosky and John Metenosky. She also had 4 great-grandchildren. She was predeceased by her beloved husband Harry in 1986 and her son-in-law Anthony Wronski.

Graveside services will be held privately at the Milford Union Cemetery in Milford, NJ. Arrangements are under the care of the Johnson-Walton Funeral Home, 24 Church Road, Milford, NJ.

In lieu of flowers, memorial contributions may be made at dementiasociety.org

From: Dawn Clark
So sorry for your loss