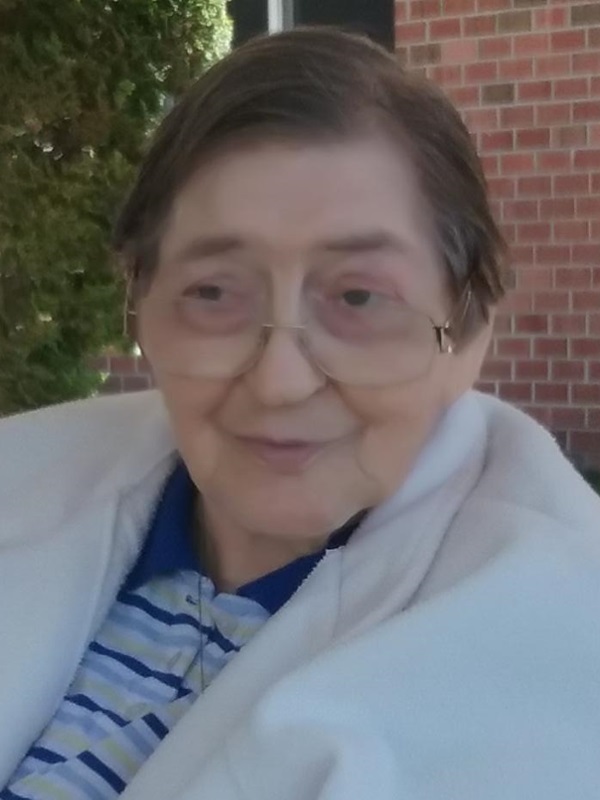 Born September 24, 1935 in New York City, NY, Esther lived in Kingwood Township, NJ since 1944, before moving to Union Township. She was a homemaker and a crossing guard for Frenchtown School, for many years. Esther was a woman of strong faith and she loved reading her bible. She enjoyed spending time with her family and friends. Esther was a former active member of the Wesleyan Faith Chapel in Annandale, NJ.

A graveside service will be announced at a later date at the Mt. Pleasant Cemetery in Alexandria Township, NJ. Arrangements are under the care of the Johnson-Walton Funeral Home, 24 Church Road, Milford, NJ.

From: William and Mary Pidgeon
May the Lord Jesus give you Peace and Rest and the sweet memories of Esther that will always keep her alive in your hearts. We met Esther several times at River of Life Church when her sister Hilda and family brought her there. What a sweet, lovely Lady! We can rejoice for we know she is free from the struggles of this world and now with Almighty God and Jesus and all who went before her... love, Bill and Mary

From: Christopher V. Sakos
Dear Josephine and family- My wife and I are sorry to see your Mom has passed away. We knew her from my mother in law, who passed on last July, was at Country Arch, and, we used to enjoy chatting with you and her in the lobby or out on the bench. She, like you, was a real nice person, and, I'm sure she will be missed. I'm sure she passed on being proud to call you her daughter. May she rest in peace. Sincerly, Chris and Maria Sakos