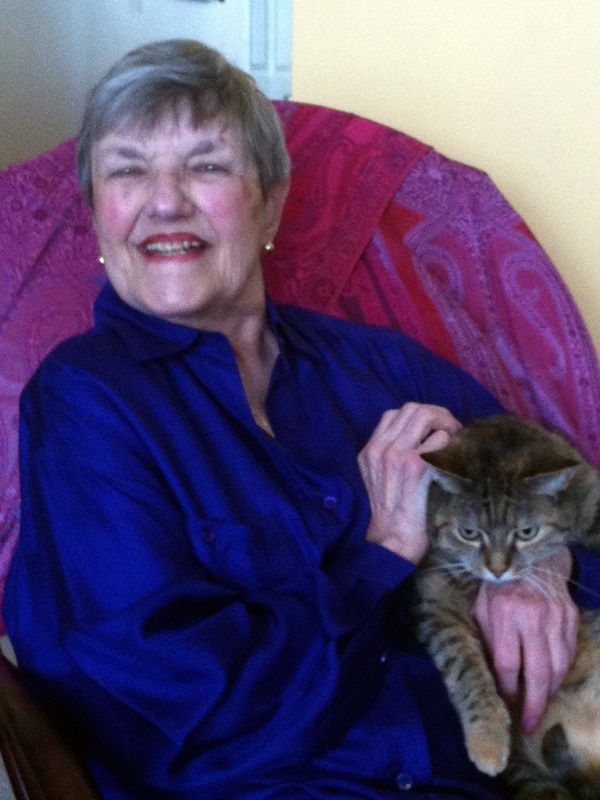 Marie Claudette Wiegleb, 88, of Milford, NJ, passed away on Friday, September 25, 2020 at her home, surrounded by love and family. We trust she is with her beloved friends and family that have gone before...

Marie, known by most as Claudette, was born April 27, 1932, the only child of Bertha and Henry Simon in Newark, NJ. She grew up on Earl St. in Newark and attended the neighborhood Catholic schools before becoming a registered nurse through St. Michael’s Hospital Nursing School.

She met her husband-to-be on a blind date with seven of her female classmates and seven men from a nearby fraternity- they lined up by height, and were paired off accordingly. She eventually married Frederick L. Wiegleb in June, 1955, at St. Columba Church in Newark. As an Air Force family they were stationed at several bases across the country before moving to the United Kingdom for several years, then returning to the US with their growing family. They raised eight children, 7 girls and 1 boy. As their kids flew the coop, Marie returned to nursing, working in pediatrics and nursing homes from North Carolina to Ohio to Maine. After years in Maine, she settled in Milford, NJ in 1997. It was only fitting that as an avid reader, she capped off her working career as a librarian at the Holland Township Library, where she delighted in having access to a plethora of books and publications.

Marie was brave, feisty, and outspoken, with an irreverent sense of humor; more than anything, she loved to laugh. Her raucous laughter was often the perfect aid to triangulate her location. Throughout her life, her love of the NYT crossword puzzles (always completed in ink) was legendary. She enjoyed classic films and musicals (and knew all the actors), played the piano by ear, participated in amateur musical theater productions, and was a prolific knitter. She always had a feline companion or two, and was forever planning her next meal. She loved visits and phone calls from her family and friends, and otherwise surrounded herself with the company of books. “I read books and I know things” was one of her favorite sayings. Alas, she never did learn how to play the harmonica.

Marie’s Catholic faith was always of great import and comfort to her. She was a member of St. Edward the Confessor R.C. Church in Milford, NJ.

Funeral services will be held on Wednesday September 30, 2020 at 11 AM at the Johnson-Walton Funeral Home, 24 Church Rd., Holland Township, NJ followed by a Mass of Christian Burial at 11:30 at St. Edward the Confessor R.C. Church in Milford, NJ. Interment will follow at the Milford Union Cemetery. Visitation will also be held on Wednesday, from 10-11 AM, prior to the service.

From: Butch and Kathleen Baker
To Jeanne, Bernie, Russ and all the Wiegleb Family, Butch and I wish we could be there to give you all our support in a more concrete way. We will continue to keep you in our prayers, especially during the time of the Mass tomorrow. Love, Butch and Kathleen

From: Beverly Stettler
I will always remember what a fun loving and sweet woman Marie was. She and I worked together and she was one very special coworker and very dear friend to me. My sincere condolences to you Jeanne and Bernie and family.