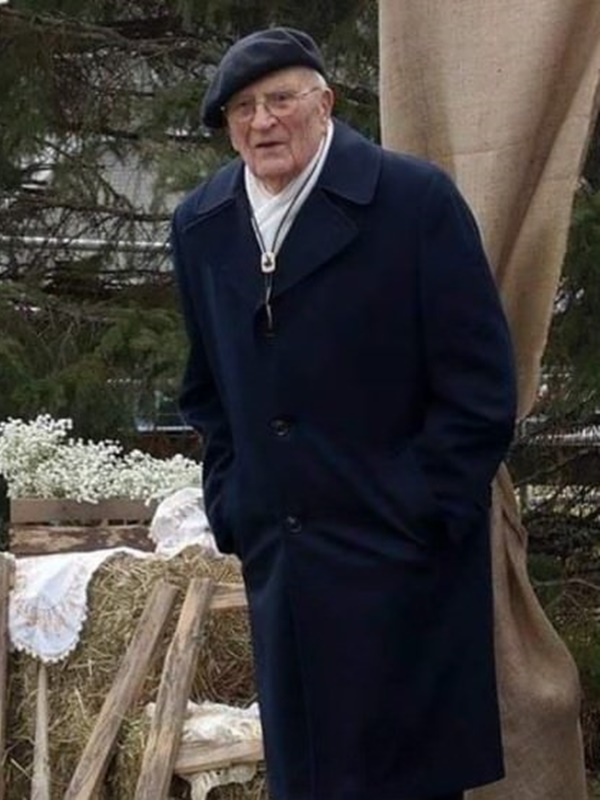 Born September 11, 1923 in Trenton, NJ, Clarke grew up in Riegelsville, PA and then moved to Holland Township, NJ, where he lived most of his life. He attended Lehigh University until his sophomore year and enlisted in the infantry, completing his education after his term in service in 1947 with a degree in Civil Engineering. Because his ROTC term hadn't been completed he enlisted as a private and worked his way through the ranks, eventually entering officer candidate school and was promoted to second lieutenant, captain in the reserves. As a veteran of World War II, Clarke served in the Philippines and during the occupation of Japan. Clarke worked as a Civil Engineer and owned Applegate Engineering, working for ten years, prior to his retirement. Before that, he worked at the Riegel Paper Corp. in Milford, NJ for fifty years. Clarke was a member of the Military Engineers Association and was a longtime “Friend of Bill”. Throughout the years, Clarke helped many people and was loved by mostly everyone who met him.

A Celebration of Clarke’s life, with military honors, will be held on Saturday, November 13, 2021 at 10 AM at the Frenchtown Presbyterian Church, 20 4th Street, Frenchtown, NJ, with Pastor Will Myers officiating. Interment will be held privately at the Riegelsville Union Cemetery in Riegelsville, PA. Arrangements are under the care of Johnson-Walton Funeral Home, 24 Church Road, Milford, NJ 08848.

From: Jody Flores King
Dear Steve, Sending my deepest sympathy and prayers to you and all your family. So many fond and wonderful memories of living right next to your family for 20+ years. I'm sure knowing your parents are now together again is of some comfort. Who could ever forget the Halloween party where your Dad told us the ghost stories and passed around 'eye balls' and 'brains'? We were so blessed. May he rest in peace. With love, Jody

From: Mary E(Hoffman) Sunday
I worked with Clarke as the secretary to the Engineering Dept at Riegel Paper in Milford for several years. He was a great person to be around with a sense of humor I will never forget. My sympathy is extended to his family and friends. May he RIP.

From: Fran Petiet
So sorry to hear this Clark was a sweet kind man when I worked at Riegel Paper in Milford back in the 60's He always had a smile on his face no matter what was going on. Happy memories to all of you, Richard and Fran Petiet